Employment in green economy sectors, in the period between 2000 and 2016 has increased six-fold, reaching a peak in 2016 where across the EU-28 it generates EUR 746 billioninto the Union’s economy, employing 4.5 million people. And numbers are rising. Concerning employability, small and medium enterprises in Italy employ up to 68% of the active work[1]force, in Greece over 80%, in Estonia 55% in Hungary up to 53%, In Denmark up to 64%, according to Eurostat; which show us that there are grounds for initiatives and enterprise creation in each of our realities.

When it comes to youth unemployement in 2018, it is decreasing by an average of 5% across all participating countries, meaning that the grounds are fertile to establish enterprises. According to statistics, European governments invested an average of 4.5 billion EUR in 2017 alone, demonstrating an interest of the decision-making bodies to provide resources to this sector. As well, once being surveyed, environment appeared to be the top priority of concern for teenagers and young adults across Europe, accompanied by a growing pessimism concerning the future.

Also when the EU was preparing its 2027 youth goals, it emerged from the surveys that Sustainable Green Europe is a top concern for young people today. Also because, according to the EU Start-Up monitor, currently in Europe 12.8% of registered companies are youth start-up enterprises and 7.5% are in a an expanding and hiring phase. Therefore in this scenario we are going to implement GREENday – Youth Entrepreneurship, Environmental Start-Ups.

As scientists and grass-root movements keep on reminding us, climate change and environmental problems are not challenges of one specific country or area but a challenge for the whole humanity: therefore it is important to start thinking transnationally.

Moreover, recent trends towards isolationism in many European countries are producing negative effects on society as a whole, and specifically on the environmental sector, as measures fail to be taken and implemented, best practices are not exchanged and cross-border initiatives risk to decrease.

Once again, it is up to the young people to set the example to the grown-ups and demonstrate the power, efficacy and efficiency of European youths working together, because if the challenges are the same, so must be the solutions.

Create their own startup

To foster attitudes and competences of young people to create their own Green Start-up enterprises, following through their realisation.

To create a local and international support network around the young people’s green business ideas that foster their implementation.

To create a pilot project that will be easy to budget free create local replications and multiplication of the activities, with usability of the tools we created.

To provide visibility and disseminate EU opportunities for young people in the field of mobility, employability and entrepreneurship.

What should be addressed

The needs addressed are daily manifested by young people striking for climate, demanding environmental justice, and the concerns that youth in Europe and beyond have and are manifesting about the environment. Youths are asking governments and companies to act because they need a future to believe in. However, as life and studies go on, comes a reality check where employment is of course necessary and one distances oneself from the causes they believe in, for the sake of stability in life. This project wants to create a win-win scenario: promoting and sustaining the existing activism and dedication to a rightful cause, while looking after one’s own employment and income by fostering the creation of green start up enterprises, through an envisaged European support system, made of community events, capacity building, networking and replication of the initiative. 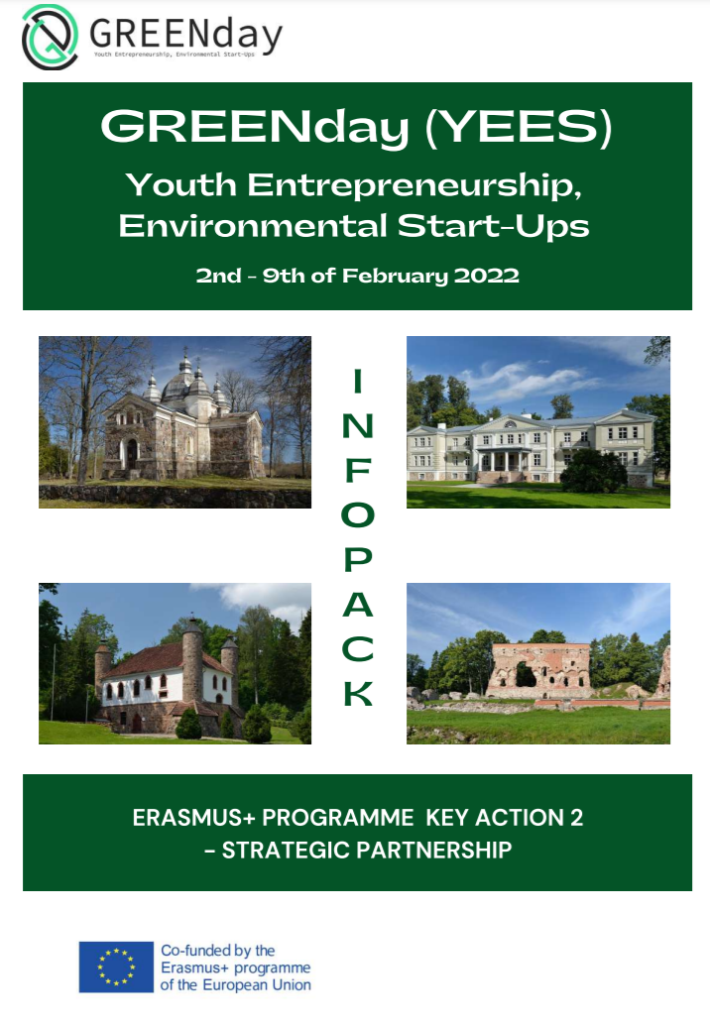 Drop us an email to info@mygreenstartup.eu or fill the form below.